HeartTruth and the Red Dress Campaign 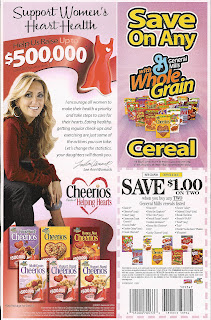 My Feb. 6 posting was about the American Heart Association’s Go Red for Women campaign. This posting will be about the AHA’s stable mate in the Red Dress campaign, the National Heart and Lung Institute of the National Institutes of Health… aka HeartTruth… which falls under the U.S. Department of Health and Human Services.

Up until now, all my postings have been about cause-related marketing relationships between corporate and not-for-profit entities. Strictly speaking, the Red Dress campaign doesn’t raise money for the government or its programs, so it’s probably more appropriately called social marketing than cause marketing.

But because the campaign borrows liberally from the best practices in cause-related marketing and because some of the elements of the Red Dress campaign do raise money for nonprofit entities, I’m covering the highlights here.

In the United States heart disease kills more than 330,000 women a year, far and away the most common cause of death for American women. HeartTruth was launched under the auspices of National Heart and Lung Institute in 2002 after a meeting of experts was convened in March 2001 and charged with finding a way to raise the profile of heart disease among women.

The Red Dress was chosen as the icon or symbol for the HearthTruth campaign after it tested well in focus groups. The American Heart Association (AHA) started its complementary “Go Red for Women” campaign in 2004.

There are also a number of events: the Mercedes-Benz Fashion Week in New York; National Wear Red Day on Feb.2; the First Ladies Red Dress Collection at the Ronald Reagan Presidential Library; and others. Since the campaign’s start, a number of red dresses have been designed for the campaign by leading designers. If you find a sponsor, HeartTruth will bring the Red Dress collection to your city.

The campaign does generate money. For instance, when you enter a promotional code from a box of Cheerios, $1 goes to WomenHeart, a patient education coalition of more than 35 organizations. Likewise, tea maker Celestial Seasonings has a campaign that generates funds for WomenHeart, as does retailer Crabtree & Evelyn.

The campaign does have its curiosities. For instance, the red dress from the AHA’s Go Red for Women campaign is more stylized than the one for HeartTruth. The AHA almost certainly did that so as to build equity in their own icon.

It’s also amusing that the HeartTruth website, which is owned by a government entity, shows the websites of the corporate partners, but won’t hyperlink to them.

Finally, there is the issue of ‘coopetition’ between the American Heart Association and HeartTruth. I expect… although I don’t have any firsthand knowledge… that the AHA requires Go Red sponsors to meet certain minimums to participate in the campaign. Whereas participation with HeartTruth is probably free.

The Cheerios sponsorship is potentially worth $500,000 to WomenHeart. So the American Heart Association has to be asking itself why that money isn’t coming its way. If there’s no good answer then it’s time for the AHA to take a long reflective look at its campaign. Otherwise, Go Red may have some defectors to HeartTruth.