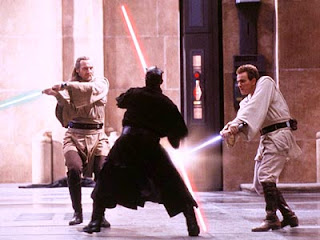 Four studies have come out this year that aim to measure either directly or obliquely consumer’s attitudes towards cause-related marketing.

All the studies have confidence levels of 95 percent or more. And yet two of them suggest that consumers have jaundiced opinions of cause-related marketing and two find that they’re quite positive on the practice.

How could that be?

The four studies are:

All the studies were conducted either via telephone or online. The Goodpurpose study, which measured opinion in nine countries, also used face to face interviews in India and China, a survey technique common outside North America.

For the sake of brevity and clarity, I’ll compare the American Marketing Association study against the Cone study. Both were online studies administered by the Opinion Research Corporation.

The American Marketing Association study was more of an omnibus effort, which is reflected in the title. Special emphasis was placed measuring consumer interaction with social networking sites, especially as regards to the holiday season. To show the range of questions asked, respondents were also asked where they turned to for information about the 2008 U.S. presidential candidates.

The cause marketing question asked, “Thinking of buying gifts during the holiday season, would you be more, just as, or less likely to buy a product or service if you knew that a certain amount of the purchase price was being donated directly to a cause or campaign that is important to you?”

The 2007 Cone survey was an update of the survey they’ve been doing for right around 15 years. While the Cone survey asked a number of questions related to corporate social responsibility, their core question… “Would you be likely to switch from one brand to another brand that is about the same in price and quality, if the other brand is associated with a good cause?”… has been scoring north of 80 percent since the 2002 survey. This year 87 percent responded in the affirmative.

I’ve written before about some of the weaknesses of these intent to purchase studies. What consumers do is a better indicator of the cultural Zeitgeist with respect to cause-related marketing than what they say they’ll do in the abstract.

But aside from that, the weakness of the question in the American Marketing Association survey is that it’s so specific to holiday season, it’s hard to extrapolate to the broader universe of cause-related marketing. Moreover the question is premised on the idea of a holiday gift with a cause overlay. I live and breathe cause-related marketing and I’m not certain I could quickly come up with a holiday gift that has a cause overlay.

I’ve said it before, but the clearest indication that cause-related marketing works is that companies continue to employee it and even expand it. General Mills’ Boxtops for Education campaign leaps to mind.

If cause-related marketing wasn’t effective companies wouldn’t use it.

Anonymous said…
Thanks for sharing these studies on measuring the impact of cause-related marketing! Just wanted to let you know that your blog is probably being found by lots of students in Integrated Marketing Communications, like me. Hello from the IMC Program at West Virginia University!