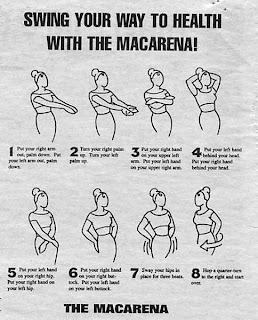 One of the cardinal principles of adult education theory is that the most meaningful learning frequently takes place between students, and the teacher’s role is to moderate more often than lecture.

Any of that can happen in meeting rooms, but often as not it takes place in the hallways, over meals or drinks.

David Hessekiel’s Cause Marketing Forum serves a similar purpose. Likewise, IEG’s annual Sponsorship Conference and the Business in the Community Annual Conference in the UK.

But what if your need is more immediate? What if you’re from a distant part of the globe? What if you don’t have the resources to travel to a central locale or even to regional venues?

Ashoka, the multifaceted nonprofit with a mission to encourage social entrepreneurship across the globe faces just such issues and they’ve recently launched what could be a useful model for the burgeoning world of cause-related marketing.

The mission of its Citizen Based Initiative, now in its tenth year, is to broaden the base of social entrepreneurs and free their reliance on “traditional foundation grants and government aid.”

How to do that?

Well a big piece of the puzzle for Ashoka is the new CBI website, which contains a treasury of inspiring case studies from social entrepreneurs the world over. The case studies are distilled from Ashoka’s regional CBI competitions. One hundred and fifty of the case studies will make their way into a book Ashoka is publishing. But of course the number that could be included in the website is limited only by their quality and the capacity to meaningfully search the database.
I learned about the CBI website from a young go-getter at Ashoka named David Stoker.

Ashoka has pointedly stayed away from making the case studies “how tos,” says Stoker. Instead, the case studies... stories really... are meant to spark ideas in social entrepreneurs who may be on the other side of the globe.

“We are not trying to promote exact replication of practices,” says Stoker, “but instead trying to paint a mosaic that can inspire practitioners to think creatively about utilizing their own citizen base. If someone wants more information about a specific case study they are also free to contact us.”

In my view, the cause-related marketing world should do something similar.

To a degree that happens with this blog, the blogs from Cone and Joe Waters and Katya Andresen, at David Hessekiel’s website, and elsewhere.

But I imagine something more than blogs alone. To make it manageable, the content would have to user-generated. And it oughta have content in Mandarin, Hindi, French, Spanish, Arabic, English, as well as the capacity to translate at least some of the content from langauge to langauge.

What would be the value of such a site?

I’ll conclude with an illustrative anecdote from my days at Children’s Miracle Network (CMN).

Each Fall CMN held a meeting for their ‘CMN Directors;’ professional fundraisers who were employees of the affiliated hospitals and who managed the CMN campaign in their market.

One of the key elements was the Million-Dollar Roundtable, a meeting of all the markets that earned more than $1 million through their CMN campaign. The meeting’s format was very straightforward. They would literally go around the room and everyone would describe something they had done successfully in their market.

One in particular stood out. In this market they had held a Macarena Dance fundraiser that grossed, as I recall, something like $15,000. Not bad. This was during the Macarena craze in the United States and I can still envision the people in the room furiously scribbling down notes.

Now I consider myself to be fairly creative. But if I sat in a room brainstorming ideas until the sun set on my life, I’m not sure I would have ever come up with a Macarena Dance fundraiser!

That’s the spark that can come from people meeting in common cause.