How to Keep from Spreading Your Charity Brand too Thin 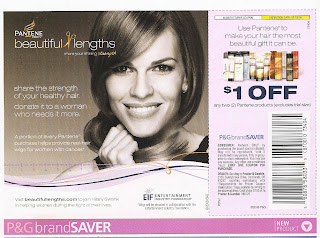 The Entertainment Industry Foundation, a federated charity founded in 1942 by Samuel Goldwyn, Humphrey Bogart, James Cagney, and the Warner Brothers, has always held a wonderful fascination for me.

Nowadays you’re likely to know about the EIF because of the National Colorectal Cancer Research Alliance, co-founded by Katie Couric after the death of her husband Jay Monahan to colorectal cancer, and administered under the auspices of the Foundation. But EIF’s other major initiatives include their Women’s Cancer Programs, National Arts and Education Initiative, and Diabetes Aware.

But IEF also has a number of other minor initiatives as well as donor-advised funds supervised by such luminaries as rockers the Blackeyed Peas, former Bondman Pierce Brosnan, the Animal Actors Guild (I can only assume Lassie barks her orders at board meetings), American Idol softy Randy Jackson, and others.

“The Entertainment Industry Foundation, as the leading charitable
organization of the industry, has distributed hundreds of millions of dollars -
and provided countless volunteer hours - to support charitable initiatives that
address some of the most critical issues facing our society.”

All told the EIF gives to hundreds of charities ranging from the Chaka Khan Foundation, to Cedars Sinai, to the American Red Cross, to the Sundance Institute. Federated charities like the United Jewish Communities, the Combined Federal Campaign, and even the United Way raise money and give to a broad spectrum of charities, too.

But even for a federated charity, the EIF seems unfocused. The United Jewish Communities give a lot to Jewish causes and pro-Israel charities, for instance. And individual United Ways concentrate their efforts on the needs of the communities they operate in.

The EIF website is splashed with A-list celebrities like actors Charlize Theron, Felicity Huffman, singers Tony Bennett and Queen Latifah, and celebrity cobbler Jimmy Choo. And the list of celebrities that show up at just one EIF gala would power lesser affairs in big cities like Houston or Atlanta or Seattle for 10 years.

Which leads me to ask; how can a brand possibly stand for anything when it stands for so many things?

How have they managed to be involved with so many causes and entities without diluting and irretrievably diminishing their brand?

I really don’t know, although I do have some ideas.
But I think those observations raise as many questions as they answer.