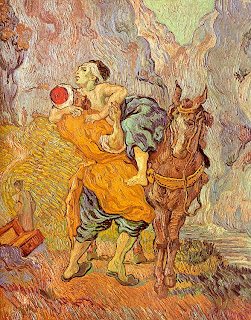 Words I Meant to Say

On Friday, Feb 1 I was a panelist at the Global Philanthropy Symposium sponsored by the University of Utah Law School and moderated by the school’s energetic young dean, Hiram Chodosh.

One of the subtexts of the second session in particular was that how a company gave was as important as what or how much it gave. Or, as one of the other panelists put it directly: “I have concluded that there is no altruism in corporate philanthropy.”

Maybe not. But does that matter? That’s what Brady Stuart…a second-year law school student whose précis of the history of corporate giving in the United States had introduced the session… asked me and another panelist over lunch.

His question, I think, was prompted by this discussion about the ‘why’ of corporate giving. During the session I made the point that while direct corporate donations to charities have been legal in the United States since 1952, truly rigorous business cases for charitable giving have really only emerged in the last few years. That’s not to say that claims weren’t made about the business value of philanthropy in prior years, only that they were lax in their scholarly proof.

Or as Milton Friedman famously put it, "The discussions of the 'social responsibilities of business' are notable for their analytical looseness and lack of rigor."

In short, for at least 50 years there was no really convincing business case to be made for corporate philanthropy. So if businesses weren't giving for mainly altruistic reasons, why were they giving?

But back to Brady Stuart’s question: do a company’s motives matter when it comes to corporate philanthropy?

Here’s how I responded: any insistence that we give purely 'from the heart' is in no small way cultural.

Under his entry for “tzedaka,” Rabbi Joseph Telushkin, in his book Jewish Literacy, recounts a hypothetical developed by Dennis Prager and presented to thousands of Jewish and non-Jewish high school students.

It goes like this: Suppose a poor man approaches two men of equal wealth in desperate need of food and money for his family. The first person cries out in shared pain at the man’s situation and gives him $5. The second person does not respond emotionally. But because he feels obliged by his faith’s command to give 10 percent of income he hands the man $100 before rushing off.

But that sensibility is largely foreign to Jews. Tzedaka literally translates to ‘justice,’ although it’s usually rendered as ‘charity.’ Jews, says Telushkin see tzedaka as “a form of self-taxation, rather than as a voluntary donation.”

Says Prager: “Judaism says, Give ten percent—and if the heart catches up, terrific. In the meantime, good has been done.”

The Christian writer C.S. Lewis comes to a similar conclusion on the subject of charity in his book, Mere Christianity.

Charity has come to mean what used to be called alms, Lewis says. The reason is easy to tease out. If a man has charity, giving to the poor is one of the most obvious ways to act charitably. Just as rhyme is the most obvious thing about poetry, making it easy to confuse the two.

Instead, charity means love. Not the emotion, and not necessarily affection, but a state of will. “The rule for all of us is perfectly simple," says Lewis. "Do not waste your time bothering whether you ‘love’ your neighbor; act as if you did.” The result is a virtuous cycle. You do something out of love… this act of will… which then often leads to affection. The affection in turn makes it easier to perform other acts of charitable love.

Let's ask this question then: Does it matter whether or not there is now or ever has been altruism in corporate philanthropy?

Not to the people who ultimately benefit from it.