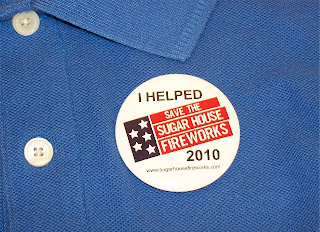 Back in the 1980s, at the behest of Jerry Welsh, American Express trademarked the term ‘Cause-Related Marketing.’

Welsh, who was then executive vice president worldwide marketing and communications at Amex, coined the term ‘cause-related marketing’ to describe the legendary campaign to fund the restoration of the Statue of Liberty in 1983.

In a Feb. 2009 interview with Welsh, he told me that the wording of this new term was purposeful.

“I believe in the deliberate use of language, so I was careful in crafting the term ‘Cause-Related Marketing.’ CRM is not philanthropy; it’s rather marketing through an artful association with a charitable cause. Otherwise, I would have called it something like ‘Marketing-Related Philanthropy.’”

Despite Welsh’s fastidiousness with language, one of the wonders of the term cause marketing is that it’s flexible enough to permit efforts for causes that aren’t officially-sanctioned charities. In my hometown of Salt Lake City, there’s a cause marketing campaign going on right now for a cause that is not a charity.

For as long as I’ve lived in the Salt Lake Valley (more than 20 years now), Sugarhouse Park, a 110-acre city park, has hosted a terrific fireworks display on the Fourth of July. In the wake of budgetary pressures, Salt Lake City cut funding for the fireworks display in 2010.

So local citizens and several franchises have banded together to raise $75,000.

Among their efforts, the button above. I bought it for $1 at a Noodles & Company store, but they’re also available at Whole Foods and Jamba Juice locations in the Salt Lake Valley.

The young lady who sold it to me knew the whole story and related it effortlessly.

The button serves as a kind of an campaign icon. But this one has a twist.

The button entitles the wearer to premium seating at the July 4 event and discounts at the participating retailers.

The Sugarhousefireworks.com website also takes PayPal and lists available sponsorship packages. As of this writing, the site says it still needs to raise $19,500 by June 1.

Let us therefore offer thanks to Jerry Welsh and to Amex for devising a wonderfully appropriate and perfectly flexible term to describe the way that causes and companies can come together in ways that benefit both.... whether or not the cause is a charity.