Is Breast Cancer Awareness Month No Longer Inviolable for Other Cause Marketers? 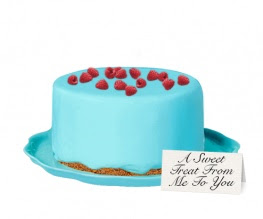 It seems to me that other cause campaigns are chipping away at the edges of National Breast Cancer Awareness Month. Here are a handful of recent examples, all featuring celebrities as it turns out:

Electrolux will donate $1 to the Ovarian Cancer Research Fund this fall when you send a virtual cake to someone. That’s my cake to the left in the OCRF’s trademark turquoise. Frankly the virtual cake didn’t exactly track for me. That is, other than the fact that you can bake a cake in an Electrolux oven, it wasn’t clear to me what one thing had to do with another. As usual, daytime TV diva Kelly Ripa lent her promotional support.

Saturday, October 2 was LIVESTRONG Day in Times Square in New York City benefiting Lance Armstong’s anti-cancer charity by the same name and sponsored by RadioShack. The campaign, which I profiled here, offered $1 to LIVESTRONG any time someone badged their Twitter or Facebook picture with the number 28 during the 24 hours of LIVESTRONG Day. Twenty-eight million people worldwide have cancer. Now LIVESTRONG is a cancer charity, but not specifically a breast cancer charity.