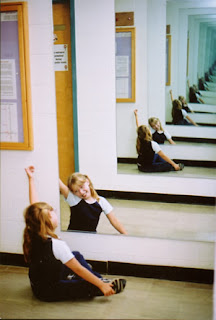 SupporterWall.com is an interactive grid wall that displays pictures and links to your website that you could use for fundraising for you nonprofit or crowd funding your business idea.

Presently in beta, the individual grids sell for $100, $20 and $10. The donations from the beta wall go to SupporterWall. But when it comes out of beta the app will be released in three rounds, first to $100 donors, then $20 donors, then $10 donors.

In effect, SupporterWall is crowd funding its own startup with the sale of an app that helps you crowd fund. It’s sorta like looking at your reflection in an infinity mirror.

The money deposits into your PayPal account. SupporterWall is customizable and can be installed on your website. There’s no deadlines or timelines. Leave it up as long as you see fit.

SupporterWall also has teeny-tiny little grids that it gives away for free. If you look really closely, you can see my photo on the top row of the freebies section in the 45th square from the left. That’s also my photo in row two in the 45th square. And in row 3-45, 4-45, etc. all the way down to row 10.

You could probably charge a buck for those little squares, but the PayPal transaction fees might not be worth it for you or the $1 donor.

Just to play fair with SupporterWall and to get access to the app I’ll also put up a $10 square.

SupporterWall positions the app as a crowd funding option. But I see it as a really cool virtual paper icon campaign. It allows you to sign your name to an icon, and post it in a public space. Plus, it allows you to easily link to a website, something paper icons can’t do.

This is the online equivalent of those low-rent capital campaigns where you pay your money and get a custom brick that leads up to the main entrance of a hospital, for instance. Except the price is better. I spent about $90 putting up a brick in the Olympic Plaza in the lead-up to the 2002 Winter Olympics. By contrast, $10 seems almost like throw-away money.

This is very clever, although SupporterWall is the first to admit it's not entirely original.

Sarah said…
Thanks so much for the great blog post and for your donation! We look forward to having you in our beta launch and hearing your thoughts on the product.

I look forward to the beta.