Back to Back Cause Marketing With Bond, James Bond 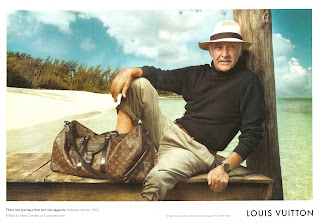 The May 2011 issue of Conde Naste Traveler magazine has the rather unusual distinction of having two cause marketing efforts advertised literally back to back, both of which feature actors who have played James Bond.

The first ad, from the luxury-goods manufacturer and style-setter Louis Vuitton, has been around for a few years and features the best Bond, Sean Connery. The benefiting cause is The Climate Project, founded by Nobel Laureate Al Gore.

In the second ad current Bond Daniel Craig pitches Omega, the Swiss watchmaker. The Omega ad calls attention to the cause Orbis International, which flies a hospital plane into the developing world to perform essential eye surgeries where it lands. 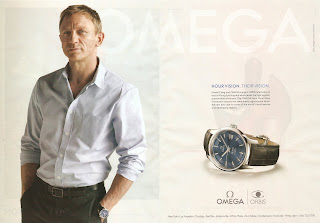 Both ads are short on the specifics of the cause marketing they’ve engaged in. But that’s par for the course when luxury goods utilize cause marketing. Instead the most prominent elements of both ads are their respective Bonds, their exclusive brands, and their tie to the causes.

Oh, and the Vuitton ad was shot by celebrity photographer Annie Leibovitz.

Such is the distance that cause marketing has come.