Just What is Corporate Social Responsibility? 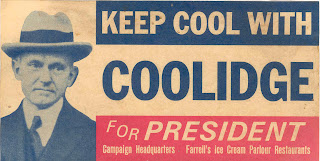 What do people mean these days when they speak of corporate social responsibility?

Does it mean extracting sea turtles out of fishing nets or not eating monoculture salmon? Does it mean not out-sourcing jobs to cheaper foreign lands even if it raises the standard of living in those places? What if the outsourced jobs go to foreign union members? A friend maintains that his H-1 Hummer, which he expects to drive for 20 years, has less negative effect on the environment than a shiny new Nissan Leaf, which will last only until its batteries die. Is he right? Is it more socially responsible for a company to donate to an AIDS orphan cause in Africa than to a ballet company in Africa? What if the ballet company in Africa employs AIDS victims or does a benefit for AIDS victims?

Some of these questions are ethical questions and most of us aren't ethicists. So how are we supposed to navigate the thicket of sometimes competing and oftentimes perplexing conundrums framed as issues of corporate social responsibility?

This was all so much easier when “the business of America [was still] business,” to paraphrase the former U.S. President Calvin Coolidge (1923-1929).

I am, however, a marketer. And in marketing one way to learn where you stand with important stakeholders is to ask them. It won’t necessarily yield perfect moral clarity, but it can suggest pathways.

Fleishman-Hillard, a public relations firm and division of media giant Omnicom, in conjunction with the National Consumers League conducted three studies on the subject of corporate social responsibility from 2005 to 2007.

I read the executive summary for the 2007 study and if you can get past the laughably inaccurate renderings of the bar charts and the occasional editorializing in the summary... which has been no small hurdle for me... there may be something here for cause marketers.

What does “corporate social responsibility” mean? Fleishman-Hillard asked consumers just that as an open-ended, unprompted question. A truncated list of responses from the 2007 survey released in May 2007 included the following:
What contributions do consumers expect from companies? Again, the truncated list included:
What to make of these low numbers when it comes to corporate charitable donations? The authors of the study’s executive summary surmise that:


“…the consistent findings across both the 2006 and 2007 CSR surveys, when it comes to defining the meaning and expectations surrounding CSR, suggest that companies’ charitable and philanthropic giving is no longer enough to impress consumers. Perhaps it is now viewed as a standard expectation that consumers have — a bare minimum requirement — to even be considered as a socially responsible company.”

They’re suggesting that there’s a kind of market price for corporate social responsibility and that consumers have already factored corporate generosity to charity into that price.

According to the Fleishman-Hillard study, what is likely to move the needle for consumers when it comes to corporate social responsibility is self interest.

When asked what is most important to consumers with regard to corporate social responsibility the top vote getter with 29 percent was ‘treats/pays employee well.’ If England is a nation of shopkeepers then the U.S. is a nation of employees. And the survey's respondees internalized the question and answered it as employees.

That's easy to see right now. Unemployment in the United States was about 8.6 percent in March 2011. But back when unemployment Fleishman-Hillard asked the question in 2007 unemployment was right about 4.5 percent.

For cause marketers I think the take-home is that our cause marketing campaigns must be more mindful of employees.