The Ten Worst Cause Marketing Campaigns of 2010 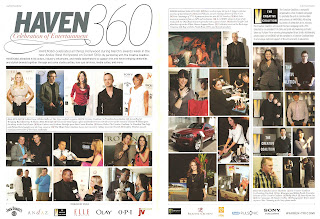 Today’s post is my list of the 10 worst cause marketing campaigns of 2010 that I posted on during the year.

Cause marketing campaigns land on the worst list because they lack transparency, they use bad judgment, are dishonest, overly-complicated, obtuse, or there’s just something weaselly about them. Just as my favorite campaign in yesterday's post was at the bottom, my my least favorite effort is at the bottom of this page.

1) I certainly thought there was something weaselly about a 2009 campaign from Clorox, which originally dropped in Parenting magazine in December 2009. The ad was ostensibly about saving trees. The art in the ad depicted a Christmas tree. But Clorox wasn’t saving Christmas trees. It mentioned tree-planting and a charity called the California Oak Foundation. But California Oak Foundation wasn’t a tree-planting group. Instead, I wrote, “This ad is all legerdemain” that is, sleight-of-hand.

2) The brand Scotties Tissues also put out ads with an environmental flavor, too. They told us that Irving Tissue, which owns Scotties, plants three trees for every one its cuts down to make Scotties. That’s a little like Nucor Steel claiming special notice for recycling steel. As for Irving planting three trees for every one it cuts down, that’s just prudent forestry management. They have to make up for the trees that will be killed by bugs, animals, and weather. I wrote, “so while this effort from Scotties seems like cause marketing or corporate social responsibility, all it really is just business…I'm calling Scotties out because this has the gloss of corporate social responsibility and cause marketing…when it's really nothing of the kind.”

3) Many cause marketers hated the KFC-Komen hook up a year ago. I did too, but for different reasons than most. I wasn’t terribly bothered by the ‘cause-nitive dissonance’ of fried food… obesity is a cancer risk… supporting Komen. After the firestorm against the campaign started among the chatttering classes Komen and KFC mounted a brave response. But here's what they couldn't say, but that I can; how is Komen supposed to reach the obese if it can’t go where they are? What I hated about the campaign was the way KFC and Komen tried to introduce a sense of competition into it. Why was anyone expected to care that KFC wanted to generate the ‘largest single donation to end breast cancer forever?’

4) I saw a lot of what I eventually termed ‘faux cause marketing’ in 2010, including an effort from Bayer, which looked like cause marketing but wasn’t. The emphasis here is on the past tense of look. The visual the art director choose looked like something for a clean water campaign in the developing world. Instead it had more in common with the kinds of ads you see in the programs for fancy charity galas. It was simply an ad congratulating Pittsburgh, Bayer’s North American headquarters, for cleaning up the Three Rivers.

5) Two other faux cause marketing ads caught my eye, too. One was from Eukanuba, which makes pet foods, the other from Novartis’s over the counter brands like Prevacid and Keri lotion. The Eukanuba ad, which I saw in a lot of publications, had a handsome K-9 officer in uniform and his canine charge. It looked very much like cause marketing, but wasn’t. Novartis’s effort was in a Free-Standing Insert (FSI) and was branded ‘Novartis Cares.’ I wrote, “now, I have no problem with commerce. Someone has to get this economy going again and I’m fine if it’s people with dry skin or gas (who stimulate the economy). For that matter, 400 posts in this blog ought to affirm that I’m OK with most cause marketing, too. But when something walks like a duck and quacks like a duck, I’m disappointed when I find a dog in its place!”

6) One of the busiest cause marketing ads came from the local Window World franchisees. It featured a picture of the owners, Doug and Kathy Llewellyn, and endorsement from and picture of radio star Dave Ramsey, the Good Housekeeping Seal of Approval, an Energy Star logo, four URLs, two phone numbers, and not one or even two charity logos, but three! This is ‘everything but the kitchen sink’ cause marketing at its worst.

7) I almost snorted when I saw a Free-Standing Insert (FSI) during National Breast Cancer Awareness from Purina, another pet food company, on behalf of Komen. Not even six months before Purina had run a themed FSI for National Pet Month. I concluded that, “it looks like Purina is hooking its cause marketing dollars to promotional months. So if you represent National Periodontal Disease Month or Fighting Innumeracy in the Workplace Month, by all means contact Purina. It seems like they’re open to a lot of outside-of-the-bag... er... can. I mean, Purina appears to be open to outside-the-box sponsorships.”

8) I wanted to like Southwest Airline’s effort for the Make-A-Wish Foundation, but the campaign, which made use of Facebook Places was so complicated that it was probably self-defeating. It was easy enough to explain. Passengers were asked to check in using their web-enabled device via Facebook Places during the month-long promotion. When they did, Southwest would donate $1 to Make-A-Wish up to $300,000. The challenge was that the explanation of how to use Facebook Places took three screens. That’s Facebook’s fault, not Southwest’s. Still, Southwest choose to use Facebook’s kluge-like system.

9) Dannon’s lid campaign for the National Breast Cancer Foundation looked so much like Yoplait’s effort of longstanding for Komen that I compared it to stealing source code. I wrote, “it seems like a defensive measure on Dannon’s part. In one fell swoop, Dannon made Yoplait’s cause marketing effort slightly generic. Of course, that’s a two-edged sword because it made Dannon’s yogurt cause marketing slightly generic, too… I think the cause marketing world would be richer if Dannon had chosen to be inspired by Yoplait’s label campaign, rather than to try and copy and paste it.”

10) I found a breathless advertorial spread in Elle magazine (see above) for the Hollywood-financed charity called the Creative Coalition worthy of ridicule. The Creative Coalition maintained a party suite for stars during the 2010 Academy Awards where they could come get a drink or a massage and then talk to the media about public affairs topics of the day. I wrote, “‘Coalition members …believe that the active involvement in our political system of this highly visible industry is important not just to those who participate, but to the nation as a whole.’ You’ll get no argument from me that entertainers and creatives have a role to play in modern American Democracy. But so do the people who run those noisy street sweepers in mall parking lots at 6 am in the morning. You just don’t see them talking about their political and governmental policy views while getting a couples massage with one of the Kardashian sisters.”

Sometimes when I write the stuff that's in 4,7,9 I worry that I've gone too far or gotten too snarky.

So I'm glad for your kind words.