Support for the Troops a Cause Marketing Winner 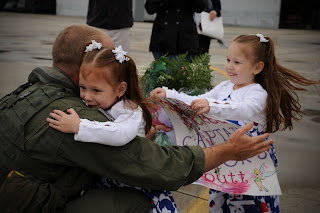 Earlier this month the Center for Social Impact Communication at Georgetown University published a study that found that the cause that most resonates with Americans right now is supporting the troops, something several sponsors seem to have already understood.

Outback Steakhouse has long made cause marketing with a military theme a key piece of its promotional mix and community support. On Veteran’s Day, November 11, veterans and active duty military get a free Bloomin’ Onion appetizer and non-alcoholic drink. Going back to 2002 Outback has also sent employee volunteers to the Middle East to feed the troops in Afghanistan and Iraq. In 2010 Outback also had a special menu called “Red, White and Bloomin.’” When you ordered from that menu, Outback would make a donation to Operation Homefront. Outback’s donation to Operation Homefront came to $1 million in 2010.

The Georgetown study, called the Dynamics of Cause Engagement, found that 71 percent of American were very or somewhat knowledgeable about the topic of ‘supporting our troops’ while 39 percent were very or somewhat involved with the cause. The corresponding numbers for ‘feeding the hungry,’ the second highest scoring cause, were 65 percent and 39 percent. In general, Americans are more likely to be supportive of cause

s that they are knowledgeable about.

Outback isn’t the only company that begins with an ‘O’ to sense the current American zeitgeist of support for the troops.

Internet retailer Overstock.com offers anyone with a .mil email account a free membership to Club O, a loyalty program. Members of Club O get free shipping, exclusive shopping events and “5 percent rewards dollars back on every purchase,” according to a media release from Overstock. The promotion was tied to Armed Forces Day, Saturday, May 21, 2011. Overstock also has an existing relationship with the Wounded Warrior Project.

Even the little guy can get in on the action. The Eau Claire Express, a summer baseball team comprised of collegiate players, did a military night in their game May, 19, 2011. The Express played the game in camouflage jerseys and servicemen and woman received free admission. While the Express charges admission, the players can’t be paid or they would lose their amateur eligibility. So the Express commonly donates a portion of home game receipts to local schools, hospitals, Special Olympics, and the like.

Frequently when studies like the Dynamics of Cause Engagement study come out, full results remain proprietary to whoever commissioned them, leaving most cause marketers in the dark about specific findings. Huzzahs to the Center for Social Impact Communication at Georgetown and Olgivy Public Relations for broadly releasing the results of the study and confirming what Outback and Overstock already knew; Americans are keen on showing their support of members of the United States military.