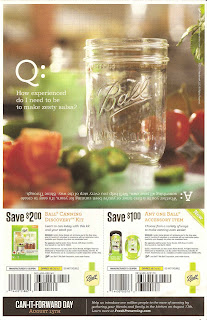 One of the things my company, Alden Keene, does is match nonprofits and sponsors, a service clients pay handsomely for.

Here’s a freebie for Ball jars, which sells food preserving jars and equipment, and Grow Appalachia, which teaches the people of rural Kentucky how to grow, cook and preserve their own food.

According to the website, Grow Appalachia, formed under the auspices of Berea College… a nonsectarian Christian college in Berea, Kentucky… has several pressing goals:
The program has one year under its belt. There were 400 people enrolled, 2,800 people fed, 60 tons of food grown at a cost of $1.25 a pound. 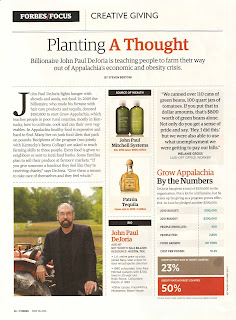 Ball, which goes back 125 years, is sponsoring “Can-It-Forward Day” on Saturday, August 13 in conjunction with Canning Across America, an association of food writers, bloggers and cookbook authors. While there are classes and recipes, and Ball is encouraging people to host home canning parties, so far it appears the Day has no particular cause affiliation.

Your first thought might be that Ball, which is a national brand, may be too big for small effort in rural Kentucky. But Grow Appalachia has a name that’s big enough to accommodate growth. Geographically Appalachia is generally considered to include counties in West Virginia, Virginia, Tennessee, North Carolina, Georgia, as well as Kentucky.

The name Appalachia has been synonymous with poverty for at least 100 years and Berea College has been at the forefront of efforts to lift the region out of poverty for most of that time. John Paul Dejoria, whose companies have done cause marketing on behalf of feeding efforts in Africa, has donated or pledged $850,000 to Grow Appalachia.

Besides, the canning part of Ball is hardly a giant business. While Ball is a Fortune 500 container company, they license the canning portion of the company to Jarden Home Brands, part of a conglomerate which includes a portfolio of other famous, if faded, home brands like Sunbeam, Mr. Coffee, Crock-Pot, Oster and Rival, among others. Jarden Corporation’s total revenue in 2010 was $6.3 billion.

I’d suggest a modest donation of cash and a generous donation of canning supplies. Then they should send camera crews to capture and tell the stories of the enrollees of Grow Appalachia. These stories could then serve as the basis for the Can-It-Forward promotion in 2012.