What to Do With Pesky Leftover Cause Marketing Inventory 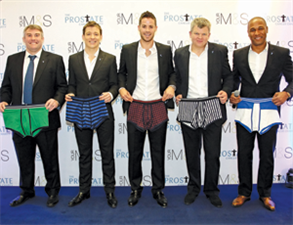 Not all cause-branded merchandise sells. So what do you do with the leftover inventory?

The Tuesday Morning store in my neighborhood almost always has pink-ribboned kitchen implements from Kitchen Aid that once benefited Susan G. Komen for the Cure but are now selling at a fraction of the original retail price. Tuesday Morning is a deep discount chain of about 850 stores nationwide in the U.S.

Frankly, as a cause marketer it’s slightly embarrassing, even if there’s a whole host of possible reasons that have nothing to do the cause why the merchandise has been remaindered to discounters like Tuesday Morning. Still, much of the point of cause-branded merchandise is that the appeal of the cause helps move the product.

Back in March 2011 the big UK retailer and veteran cause marketer Marks & Spencer offered up men’s underwear designed by six different British sportsmen and benefiting The Prostate Cancer Charity. The original price of the underwear was £15 for a two-pack. Right now, on the Marks & Spencer website, the underwear has been discounted down to £5 after a stopover at £10 (although it’s not available in all sizes at the £5 price).

A press report says that the promotion has generated £60,000 for the charity. Not bad.

In a case like this where there’s a celebrity component, here’s a thought; hold back some of the promotion for the end. Promotions… cause marketing and otherwise… tend to be front-loaded and rightfully so. You have to develop the momentum to see you through the promotion and the best way to do that is to go as big as you can right from the beginning.

But the celebrity aspect of this promotion affords Marks & Spencer and The Prostate Cancer Charity an extra arrow in the promotional quiver. Imagine offering up some bragging right to the celebrity whose underwear line sells out first. A press release. A billboard. Whatever. Then get creative with any of the celebrities whose competitive pride won’t let them finish sixth.

Imagine, for instance, if right before Marks & Spencer was prepared to start discounting, the ‘Fun Bus’ Jason Leonard, started autographing the boxes of his line of Kelly green-colored underwear. Maybe he signs 200 boxes. I’ve watched American baseball players sign 200 baseballs plus another 200 baseball cards in one sitting, so signing 200 underwear boxes wouldn’t be onerous. But instead of offering them first-come, first-served they go randomly to anybody who has paid the full £15.

Or maybe Jamie Redknapp, who along with his wife Louise represent a kind of beer-budget version of David and Victoria (Posh Spice) Beckham, could be part of some kind sweepstakes for a personal appearance. Again, this element of the promotion would only be triggered when Marks & Spencer’s usual metrics told them to start discounting.

This is a different way of running a retail promotion and more work than what is usually called for. And frankly most retailers would reject it out of hand. Retail promotions typically do not work this way. When merchandise begins to get stale, you discount.

But I’m a marketer not a merchandiser. And I’d love test this out.