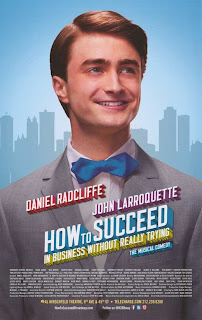 Been going through my voluminous electronic files of studies about cause marketing and corporate social responsibility (CSR) and I came across again a 2008 poll of corporate communicators that found they want their companies to engage in more CSR; they just can’t come up with a good business reason for doing so or decide who should drive it.

The poll, from Ragan Communications and Pollstream follows a 2008 study from IBM (covered in this space), that reported that corporate executives want to see more CSR, too, and were devoting resources to it.

The poll was part of a series from Ragan that regularly queries some 425+ corporate communicators in North and South America, Europe, Asia, Africa and Australia.

The communicators split almost evenly over the issue of who should run a company’s CSR efforts. Just about 50 percent said it should be a standalone department that reports directly to the CEO. The other 50 percent said CSR should fall under either media relations, internal communications or marketing.

It would be a measure of the esteem that CSR holds in a company if it operated independently and reported directly to the CEO. But I wouldn’t hold my breath that that will happen soon or (if it does) last long.

[Remember: when the discipline of marketing first emerged in the 1950s and 1960s that function reported to the CEO. Nowadays marketing is more likely to fall under operations and therefore the president or COO.]

If I was running a corporate CSR operation and my choice was to work under media relations, internal communications or marketing, I’d hold my nose and pick marketing. Corporate communications and PR staffs are like the athletes that finish sixth at the Olympic trials: nobody cares but their mothers.

Not that marketing is a perfect fit. Hardly. But corporate marketing operations have an actual budget, in sharp contrast with the alternatives.

It’s interesting to compare the why of CSR between the corporate communicators and their bosses. The Ragan poll turned up four reasons why the communicators would increase CSR:
By contrast, the CEOs in the IBM study see CSR has a business opportunity, not a chance to issue a press release. As an electronics CEO was quoted in the IBM study of CEOs, “Corporate identity and CSR will play an important role in differentiating a company in the future… This will make a big difference in new markets such as Russia and other Eastern European markets.”

Now we know why a CEO is more likely to get her start in the company’s mailroom than in its corporate communications office; too few communicators think like business people!