Adding a Seal Campaign to Your Cause Marketing Repertoire 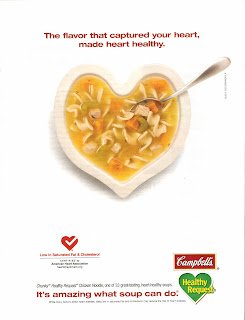 ‘Seal’ campaigns defy easy categorization in cause marketing. They’ve been around forever. Witness the American Dental Association (ADA) Seal of Acceptance which dates from 1930.

Strictly speaking seal campaigns are a kind of licensing deal. Generally they involve pre-set criteria and or testing.

(The even older Good Housekeeping Seal of Approval was begun by the magazine of the same name in 1900 and the Underwriter’s Laboratories first opened its doors in 1894. Both were founded as for-profit entities).

If your product or service meets the criteria and passes applicable tests you are eligible to apply to display the seal of approval/acceptance. Usually the license involves a fee, sometimes a hefty one.

And like sponsoring the Olympics, all paying the licensing fee does is give you the right to spend more money on activating the deal! If other forms of cause marketing are a kind of partnership, seal campaigns are more like a business deal.

For the most part if you meet the criteria and pay your fee, what you get from the provider of the seal is a contract, a logo, and a usage guide.

The handful of seal providers that publish magazines might also periodically list the companies or products that received their seal. The Campbell's Healthy Request ad at left appeared in More magazine.

If you’re a sponsor, you have to decide what it’s worth to display a seal from a reputable provider. But if you’re a charity or an association, especially in the health field, it might be worth it to explore the idea of a seal campaign to broaden your range of cause marketing 'inventory.'

But your seal campaign needn’t require a laboratory. I’d be willing to bet that the American Heart Association certification only requires that Campbell’s contractually assert that its Healthy Request soups fall within the guidelines the organization has set for sodium, cholesterol and fat per serving. I’d be surprised to learn that the Heart Association actually tests Campbell’s Healthy Request soups.

Likewise, the certification of the Burt’s Bees toothpaste from the Natural Products Association probably only requires the company to legally declare that the ingredients in the toothpaste meet the Association’s criteria as natural.

This is not to say the certifications from the Heart Association or Natural Products Association are unscientific or illegitimate in any way. The American Heart Association has spent tens of millions of dollars determining healthy amounts of sodium and fat and cholesterol in food. The Association’s seal campaign, therefore, helps them leverage that research.

Could your nonprofit launch a seal effort? That depends in part on the degree to which your nonprofit possess key scientific understanding that could be monetized with a seal.