Does Jeremy Lin* Read the Cause Marketing Blog? 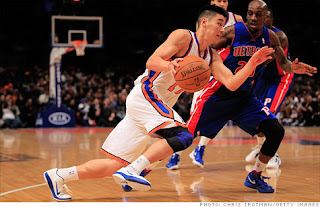 We all know how Facebook ‘Like’ campaigns go. Companies provide a little something-something, perhaps a donation to a cause, and people hit the ‘Like’ button and give up the crazy amount of data that Facebook collects on all of us.

But such promotions have already become pedestrian.

FlyBuys, Australia’s largest loyalty program with some 10 million cardholders and 5.5. million households, wanted to do something a little different.

FlyBuys knew that half of its members were on Facebook and it wanted to engage them there. But how to do it without resorting to a garden-variety ‘Like’ campaign?

FlyBuys created a promotion to ask members to donate 25 million points to Cancer Council Australia. That goal was met in 30 days.

The reason why has to do with the FlyBuys’ history. Since its inception in 1994, members of FlyBuys have been able to donate their points to charity partners, notably to Cancer Council Australia.

FlyBuys members knew therefore that this isn’t just a flash-in-the-pan relationship. The company has a history with the cause.

The result is that during the promotion more than 20,000 members have donated points and some 12,000 have liked the company’s Facebook page.

*I apologize for the gratuitous reference to the Linsational young point guard for the New York Knicks.