A Tip of the Hat to Pioneers Everywhere 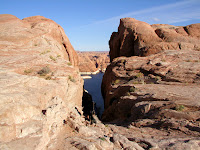 Today my adopted state of Utah celebrates Pioneer Day. It’s a founder’s day celebration that commemorates when a hardy band of 151 settlers from the distant east first landed in the Valley of the Great Salt Lake, not even a year behind the star-crossed Donner Party, which had traversed basically the same route.

Pioneer Day is a state holiday that we celebrate like a second ‘Fourth of July’ with pancake breakfasts, parades, BBQs, and fireworks after dark.

From July 24, 1847, when the vanguard party arrived, until the time when the rails were linked by the transcontinental railroad at Promotory Point Utah in 1869, about 70,000 people made the trek to Intermountain West. They rode in wagons, pushed handcarts and walked, driven largely by religious faith and fervor.

And while the the settlement of the American West was accomplished by tens of thousands who made their way along the Oregon or Sante Fe Trails, only the Utah Pioneers built fords and ferries and roads, and planted grain for the Pioneers behind them. A few hundred served a stint in the US Army as volunteers; a handful of whom were at Sutter’s Mill, California when gold was discovered in 1848.

But there were notable and tragic failures, too. In 1856 two companies of handcarts with about 1,000 people total left too late in the season from Iowa. An early snowstorm struck the companies on the high plains of Wyoming and almost 20 percent of the group died from starvation or exposure.

Wallace Stegner, the fine historian and Pulitzer-Prize winning novelist, wrote this about the ill-fated Martin and Willie Handcart companies:


“Perhaps their suffering seems less dramatic because the handcart pioneers bore it meekly, praising God, instead of fighting for life with the ferocity of animals and eating their dead to keep their own life beating, as both the Fremont and Donner parties did. . . . But if courage and endurance make a story, if humankindness and helpfulness and brotherly love in the midst of raw horror are worth recording, this half-forgotten episode of the Mormon migration is one of the great tales of the West and of America.”

The Valley they were coming to was a forbidding place. Mountain men and Catholic priests who'd seen it told the Pioneers that the Valley couldn’t be settled. Certainly the Donner Party saw nothing that made them want to stay. Local legend holds that when the Pioneers arrived there were no trees in the Valley itself, although I doubt that.

The Salt Lake Valley is about the same longitude as New York City, but about 4500 feet higher in elevation. The high altitude and the northerly longitude means that the growing season is short. I've been here when we had snow in October, November, December, January, February, March, April, May and June.

Because the Salt Lake Valley is on the eastern end of the rain shadow cast by the High Sierras, Salt Lake City gets less than 10 inches of rain a year. Only the prodigious snowmelt trapped by the mountains to the east of the Salt Lake Valley makes the place habitable. One of the things I've long admired about the Utah pioneers is that they found all the water flowing in the Valley and out of the many canyons about six weeks after they'd arrived. This in a Valley of 500 square miles.

As a transplant to Utah, I have come admire the hardy and resilient Pioneers. The picture at the left is part of a cut they made in sandstone using hand tools to get wagons down to Glen Canyon 1,000 feet below. Lake Powell, which you can see in the background was still 100 years in the future. Like Isaac Newton memorably said of others, we “stand on the shoulders of giants.”

So please join me in toasting Pioneers… of Utah, of cause marketing, and everywhere else where being first was once an invitation to get shot. Because even in 2012 the world still needs pioneers willing to stick their necks out.