Smart Cause Marketing from a Leading MMA Company 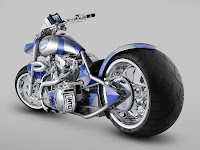 Torque MMA, a supplier of apparel and mats to the mixed martial arts community, has developed a three-part cause marketing promotion that may be exactly what the doctor ordered for cause marketers everywhere.

In the past, I’ve been critical of cause marketing efforts that front-load all their promotional efforts. In May 2012 I wrote about a cause marketing promotion benefiting The Prostate Cancer Charity from UK retailer Marks & Spencer and which sold underwear endorsed by prominent UK sportsmen. Later, as the cause cooled and the merchandise grew stale, Marks & Spencer begin to discount the underwear in stores and online.

Here’s what I wrote:


In a case like this where there’s a celebrity component, here’s a thought; hold back some of the promotion for later. Promotions… cause marketing and otherwise… tend to be front-loaded and rightfully so. You have to develop the momentum to see you through the promotion and the best way to do that is to go as big as you can right from the get-go.

But the celebrity aspect of this promotion affords Marks & Spencer and The Prostate Cancer Charity an extra arrow in the promotional quiver. Imagine offering up some bragging right to the celebrity whose underwear line sells out first. A press release. A billboard campaign. Facebook bragging rights. Whatever. Then get creative with any of the celebrities whose competitive pride won’t let them finish sixth.

Imagine, for instance, if right before Marks & Spencer was prepared to start discounting, the ‘Fun Bus’ Jason Leonard, started autographing the boxes of his line of Kelly green-colored underwear. Maybe he signs 200 boxes. I’ve watched American baseball players sign 200 baseballs plus another 200 baseball cards in one sitting. So signing 200 underwear boxes wouldn’t be terribly onerous. But instead of offering them first-come, first-served they go randomly to anybody who has paid the full £15.

Or maybe Jamie Redknapp, who along with his wife Louise represent a kind of beer-budget version of David and Victoria (Posh Spice) Beckham, could be part of some kind sweepstakes for a personal appearance. Again, this element of the promotion would only be triggered when Marks & Spencer’s usual metrics told them to start discounting.

Torque MMA’s promotion is in concert with Orange County Chopper, of cable-TV fame, and the cause Operation Gratitude, which sends ‘care’ packages to American military servicemen and women stationed overseas. Here’s how it works.

In 2012 Operation Gratitude will ship its 800,000th care package overseas. On June 15, 2012 and American general was at the Operation Gratitude assembly line in Van Nuys, California for the 800,000th package. Inside that package they put a letter and a set of keys to a custom chopper being created by Orange County Chopper. Since Torque is funding the chopper, I suspect some of their branding will be included on it. (At left is a motorcycle that OCC did for Intel).

That package will go overseas in time for Christmas 2012. At which point some lucky serviceman or woman will open up their Operation Gratitude package and out will fall a set of keys that fit a custom Orange County Chopper.