The Growing Asian American Market, a Likely Target for Cause Marketing 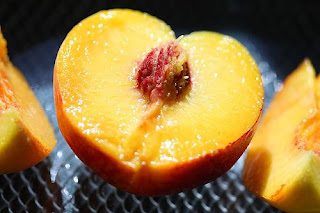 It’s peach season where I live and so with peach juice running down my face my mind naturally turns to China and Asia and the fastest growing ethnic group in the United States. What do peaches and Asians have to do with each other? The prunus persica is Asian, a native to China that has long been a welcome addition to the American cornucopia.

Likewise, Asian Americans are emerging as a ripe target for cause marketing.

But, naturally, Asian Americans aren’t a monolithic group. That’s evident from their country of origin (about 75 percent of Asian Americans were born abroad):
So while ‘Asian American’ is a handy label, notwithstanding the Harold and Kumar movies, it’s not one that most Asian Americans would likely self-identify with.

So how are cause marketers to approach this polyglot market?

Because literacy and education rates are so high, text-heavy cause marketing activations can work, so long as you pick the right language.

It terms of illustrating your cause marketing, it’s probably a mistake to just fill it with visuals of various shades of indeterminate brown people. It’s all but impossible to make those kinds of contrived pictures to feel authentic. Better to illustrate the campaign with lifestyle images.

Asian Americans are a peach of a target market for cause marketers. But you better do your homework first.

(This post was drawn from the August 2012 issue of Deliver magazine, which was also the source of all the statistics quoted herein).