The Presumption of Altruism 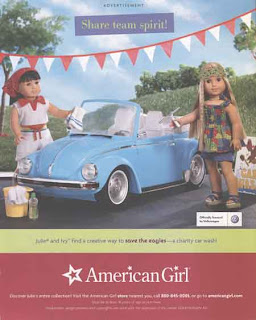 Out now is the thirtieth anniversary issue of the Forbes 400, a listing of the wealthiest 400 Americans. While the 29 previous editions have regaled us with stories of vast wealth, how it was earned (or inherited) and how it was spent (or lost), the 2012 issue is mainly about how it is given away to charity.

But even before I got my copy, over the last few years it’s become apparent to me that the zeitgeist of day is that billionaires must now give away a substantial portion of their wealth to causes.

It hasn’t always been thus.

The last time that America’s wealthiest cared so much about giving away their money was the last time that Andrew Carnegie and John D. Rockefeller were in the same room together. Carnegie almost single-handedly put a library in ever community of any size across North America and the English Commonwealth. Rockefeller gave America Colonial Williamsburg, the Grand Tetons National Park, the University of Chicago, and cures for yellow fever and hookworm.

Notwithstanding Carnegie and Rockefeller’s largesse, it took almost 80 years for what I’m calling the ‘presumption of altruism’ to develop among America’s richest.

You can draw a line from Carnegie and Rockefeller straight to someone like Charles Feeney who co-founded the Duty Free Shoppers Group and used it to fund the multi-billion dollar foundation, The Atlantic Philanthropies.

From Feeney draw the line to Warren Buffet and Bill Gates who have since 2009 cajoled, shamed, or persuaded nearly 100 of their fellow billionaires to sign the Giving Pledge, wherein they promise to give away no less than half their wealth within their own lifetimes.

Put directly, to be a billionaire today carries not only great wealth, but the expectation that you will do more with it than create generations of trust fundies.

And increasingly the presumption of altruism is more than a North American phenomena. In 2008 when a powerful earthquake devastated Sichuan, China, the world responded. But not as much as did China’s many homegrown millionaires and billionaires.

Likewise, the 2012 Forbes list notes the charitable works of Manoj Bhargava, the entrepreneur behind 5 Hour Energy. Bhargava was born in India and immigrated to the United States at age 14. But now the richest Indian in America is also a philanthropist who looks homeward to India when it comes to ‘giving back.’

How deep does this presumption of altruism go? You can see it in this tableau from a recent American Girl Doll magazine. Two of the dolls, Julie and Ivy are shown holding a charity carwash as an effort to ‘save the eagles.’

This is all very different than the world of my youth. And thank goodness for it.