Asymmetry in Pink Ribbon Cause Marketing 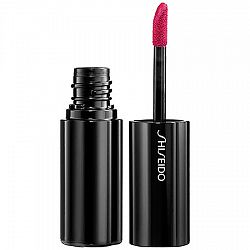 Not every cause marketing campaign features the likes of the YMCA and Coke*. Sometimes it takes place between a charity which is very well known and a sponsor that isn’t. Or, vice versa.

I call that dynamic ‘asymmetrical cause marketing.’

For instance, Shiseido, certainly Asia’s oldest and best-known cosmetic brand and the cause called Cancer and Careers, which I had to look up.

The offer here is a straightforward transactional cause marketing effort. Buy a tube of Shiseido Lacquer Rouge lipstick in the color called ‘Disco’ for $25 and Shiseido will donate $5 to Cancer and Careers.

So, research suggests, in the case at the left, Cancer and Careers gets more from the campaign than does Shiseido.

Why would a sponsor or cause agree to a partnership wherein the benefits will be asymmetrical? There’s several legitimate reasons, including:


In the case of Shiseido and Cancer and Careers, the last reason provided the best explanations.


“In 2001, The Cosmetic Executive Women Board of Directors' came upon a startling realization: Five out of some 40 board members had been diagnosed with cancer. Some told their colleagues at work. Others did not. But all continued to work during or following treatment and came upon similar dilemmas.

“How do I tell my boss? What will my coworkers think? How do I balance work and treatment? What can I expect from my employer? What are my legal rights? What do other people do?

“The truth is, work doesn't stop once you've been diagnosed with cancer. Over 80% of cancer survivors return to work after treatment. And once diagnosed, work becomes even more important.”